On 15 November, some of the My Journey Wokingham team spent an evening working with officers from Thames Valley Police on a “Lights on Bikes” awareness campaign. The team stopped cyclists who were riding home from work or school and reminded them of the law, which states:

“Cyclists must have front white and rear red lights lit during the hours of darkness.” Cyclists can face a fine of £50 if they do not have two working lights.

In total, we met 27 cyclists during the evening and only 11 of them had working lights on both the front and rear of their bikes. Many people were surprised that the time of the sunset on that day was at 16.14 so they did need to have lights on even when cycling home from school or leaving work quite early. The 16 people who were without lights were given a set of bike lights by the My Journey team to get them home safely.

Please remind any cyclists in your family that it is not just because it is the law – to keep themselves safe they must make sure that other road users can see them. That means having working lights and reflectors on their bikes and wearing clothing or accessories which are made of reflective material.

BE BRIGHT BE SEEN! 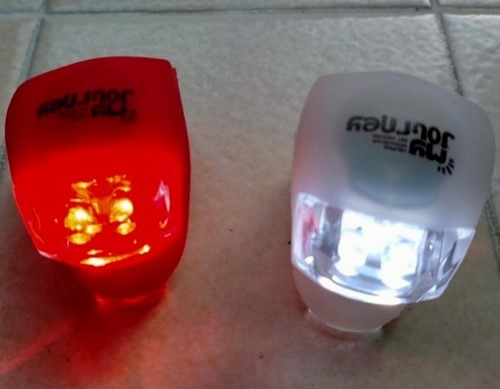